Indisputably, Grand Cayman’s premier restaurant. Blue by Eric Ripert is where both guests and Caymanians come to be beguiled by true epicurean artistry in the grand tradition of Le Bernardin. 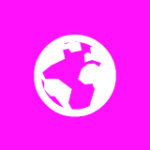 Is this your business?

Claim listing is the best way to manage and protect your business.